I've never understood why the wafers on ice cream sandwiches invariably have holes. But if they must have holes, why not grommets? 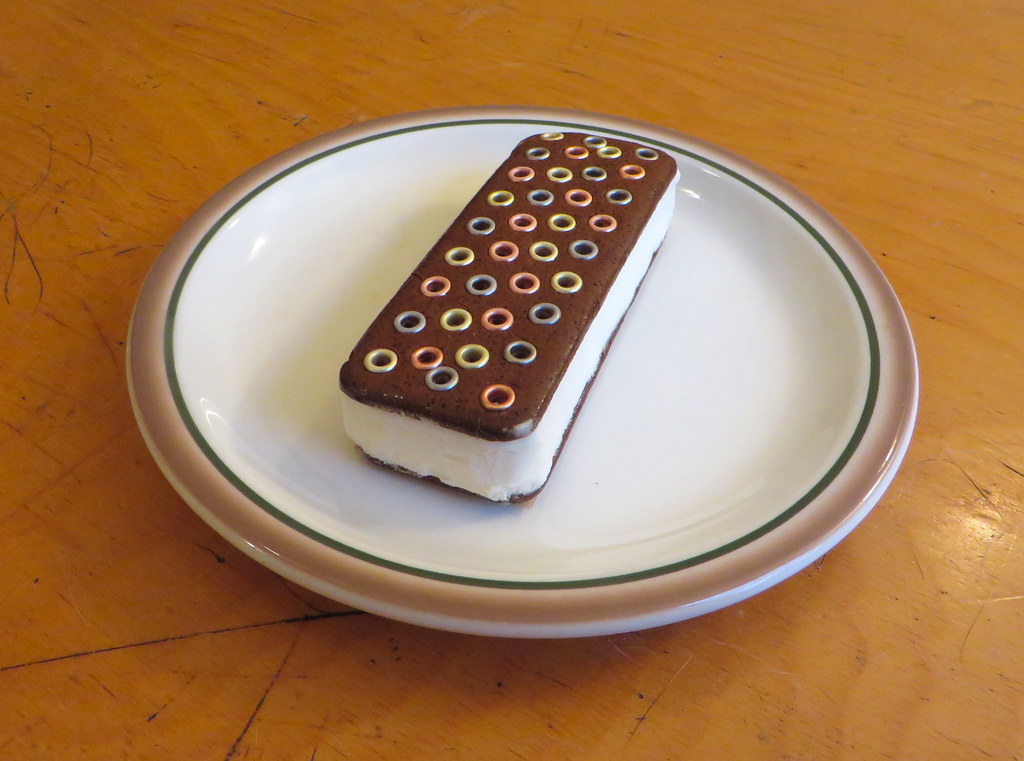 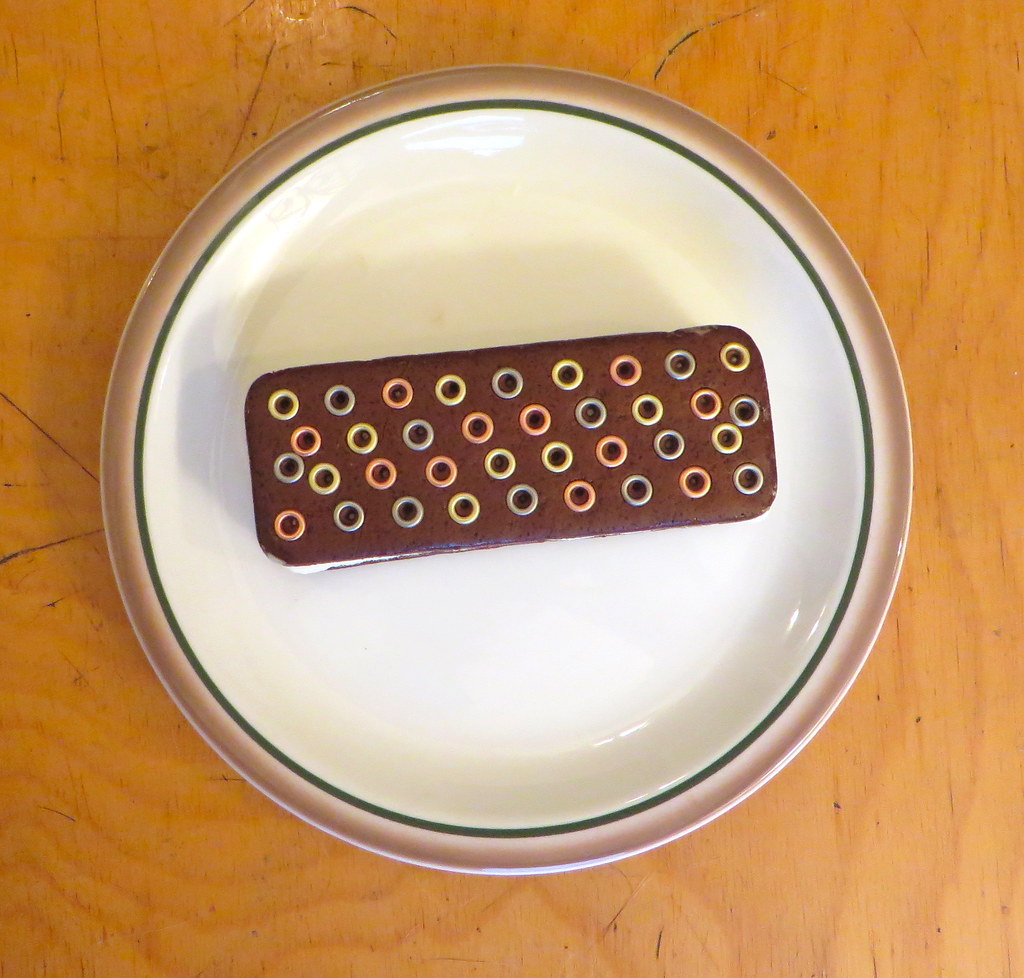 Wondering about those two "extra" grommets at the center of each end of the wafer? For some reason Good Humor puts holes in those spots (it's consistent across all of their ice cream sandwiches), so I had to put grommets there, even though they seem to ruin the visual pattern. 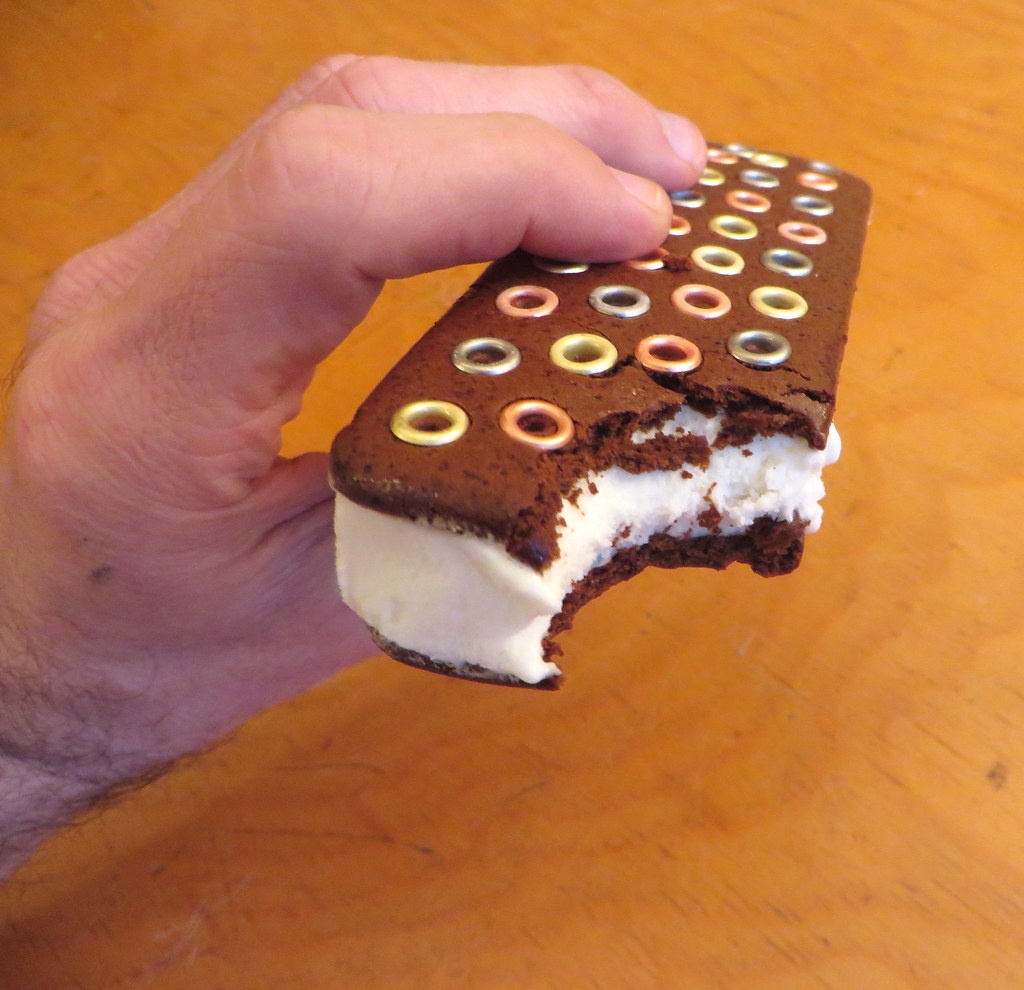 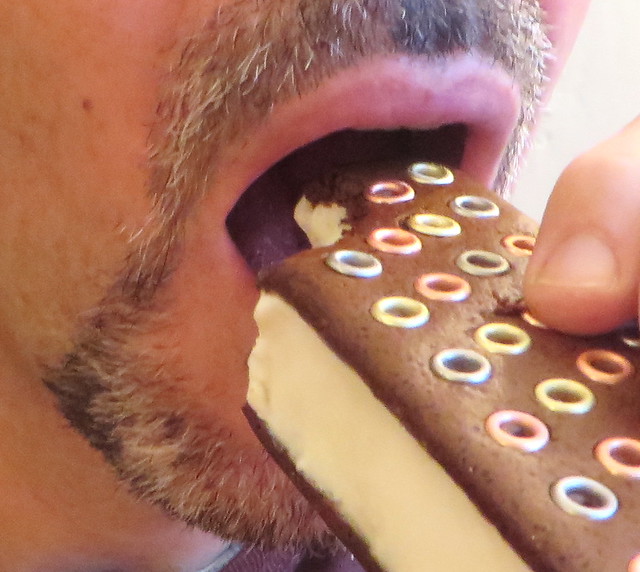