I'm not sure when the folks at Tropicana began promoting their orange juice by depicting an orange with a straw, but I've always thought the orange would look better with a grommet, so I gave it one. Turns out the entire citrus family is very grommet-friendly. 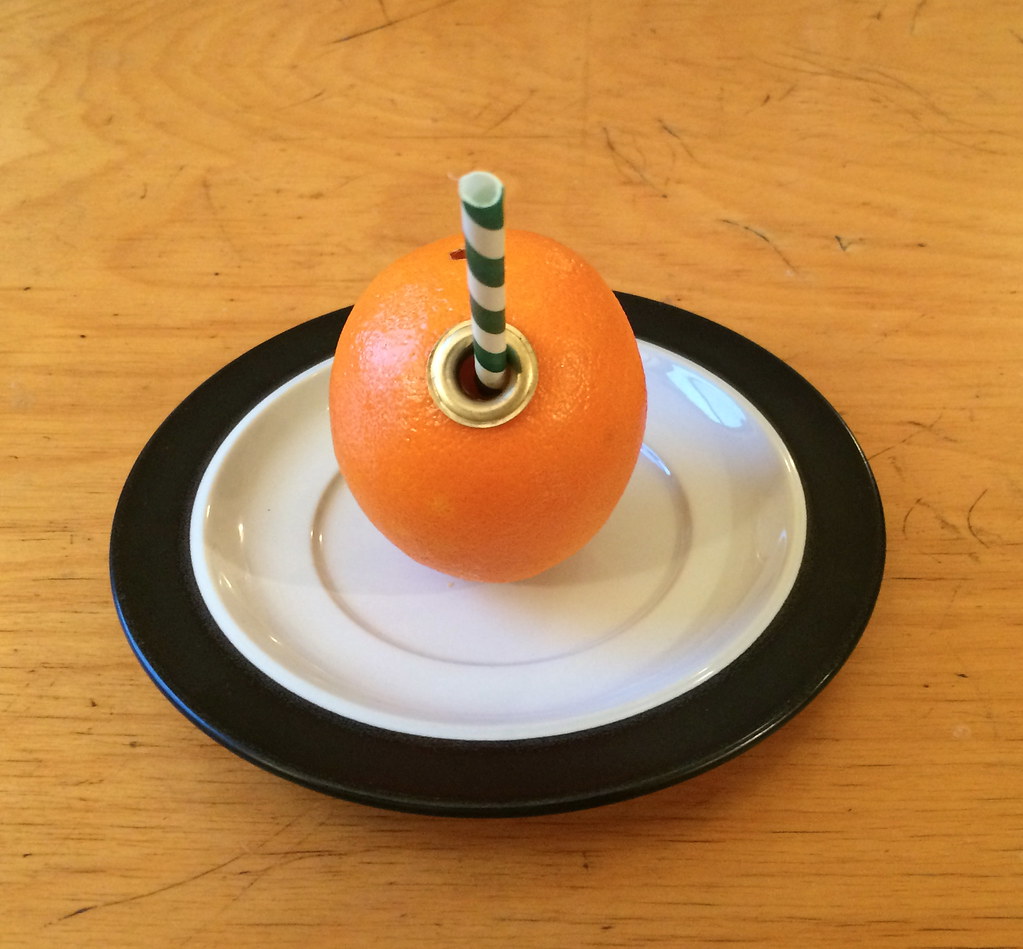 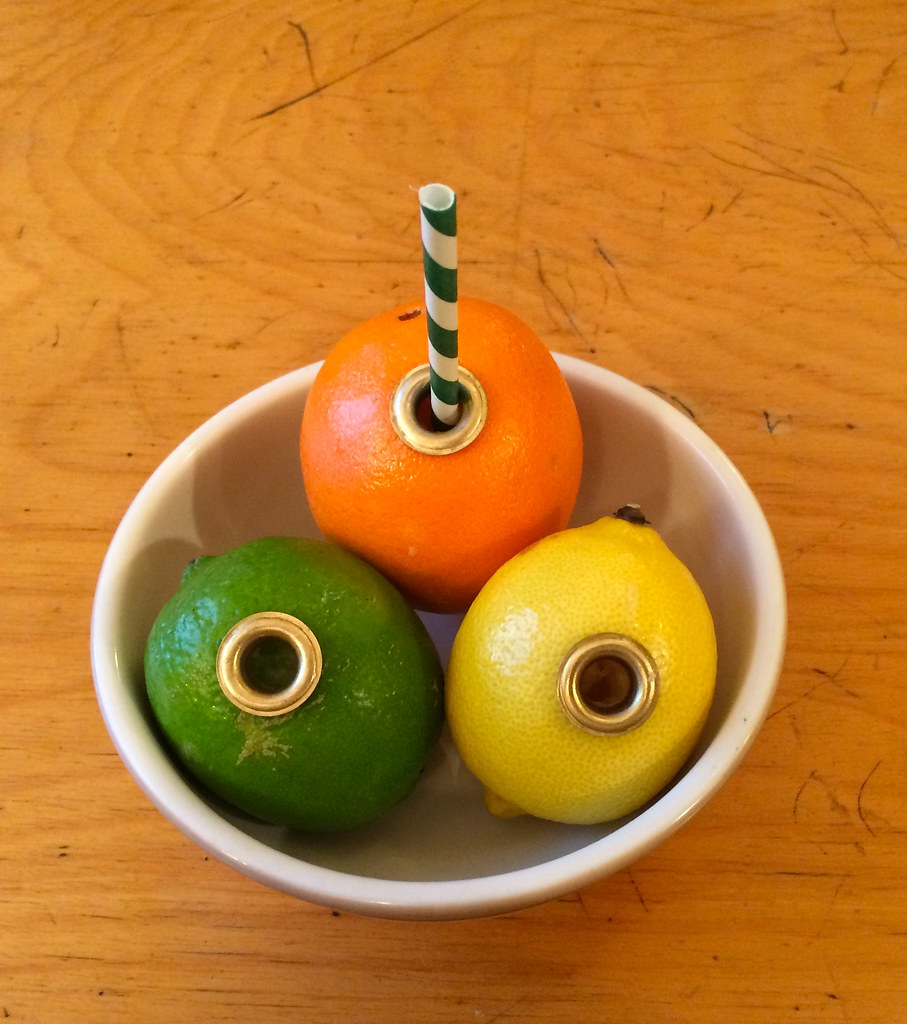 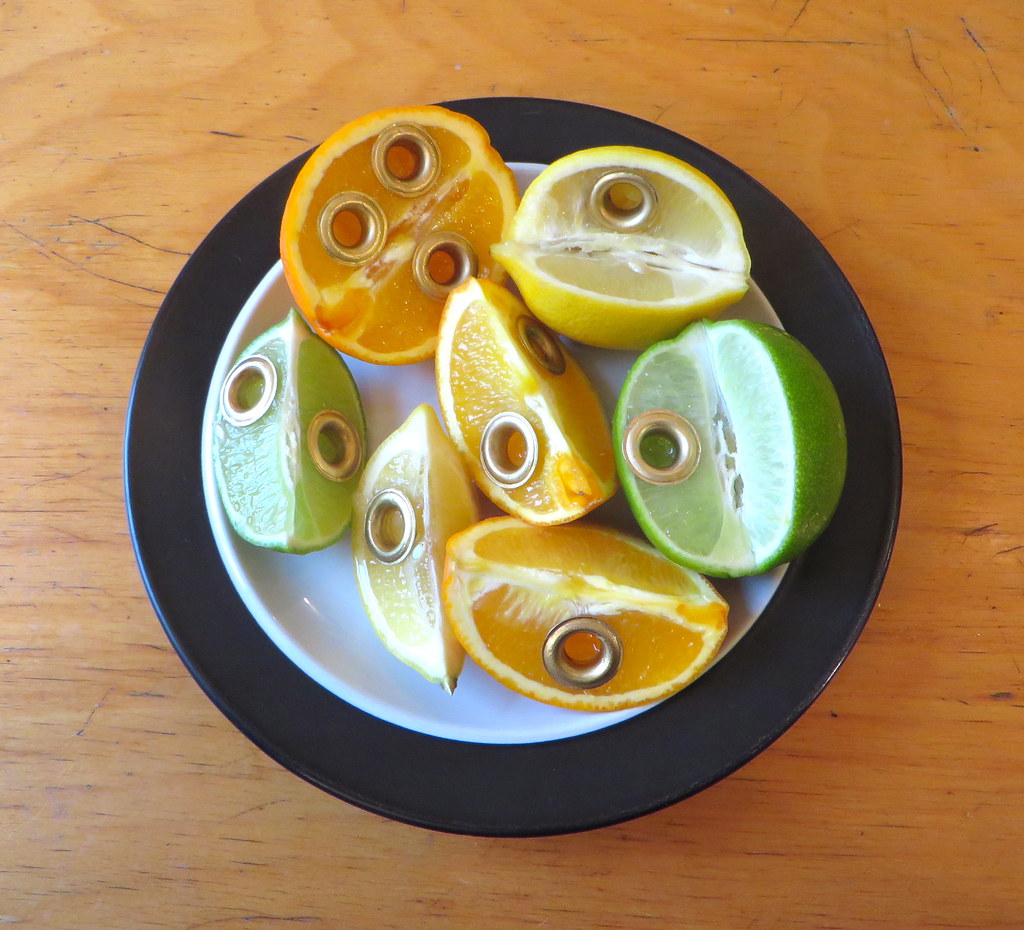